Is lead scoring on the decline or on the rise? 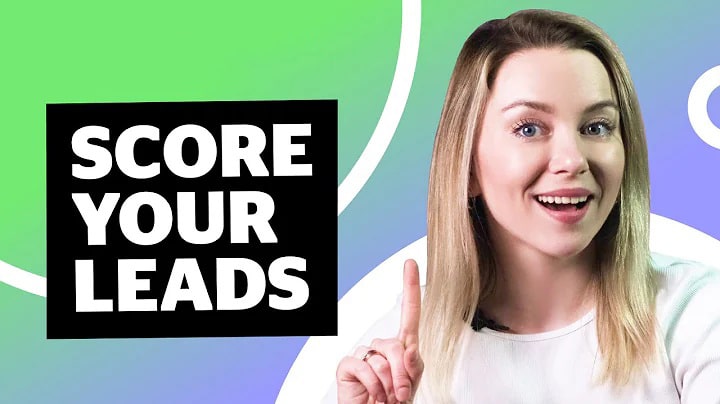 Businesses invest a lot of time, energy, and resources into interacting with prospects and converting them into customers. They use a plethora of technologies, such as lead generating tools, ad platforms, CRMs, business consultancy services, and others.

However, there is a blind spot when it comes to lead scoring. Most companies do not employ lead scoring, which is the practice of assessing leads based on variables such as how they found your brand or the sector in which they work. This is due to the fact that early encounters with lead scoring systems are sometimes lackluster at best.

Update: lead scoring isn’t dead, but it is changing.

However, a number of elements have altered, resulting in a new generation of lead scoring. More sophisticated data technologies, shifting customer behavior, and superior data management techniques have all contributed to the latest edition. It’s become an extremely beneficial resource for firms looking to locate high-value leads and convert them quickly.

Why did lead scoring fail in the past?

We’ve all heard the term “big data.” It peaked in 2010, when new data capabilities were made accessible to corporations.

Firms recognized they needed to prepare for more monitoring, information, data, and complexity. While it seemed that the moment had come for lead scoring, it was still too soon. There are many causes for this.

Everyone went all-in on the “more data, the better” mentality, but that’s not the complete story.

More information isn’t necessarily better. What is critical is more accurate and relevant data. This is why data management procedures have become more important over time, but they were absent when lead scoring first appeared on the market more than a decade ago.

Incomplete fields in your database might result if you do not use data enrichment. Without data hygiene, you may potentially wind up with low-quality or inconsistent information in your records. Without a data refresh, you risk having stale data.

What if you create an ICP based on obsolete information? The information is three years old, and only roughly 7% of the information fields have any data. With users who have switched to other positions, your knowledge is restricted, and what is there may be irrelevant.

Tools were unable to pull together the necessary information

You must resurface the appropriate idea at the proper moment, or else the data is meaningless.

And “insight” is not the same as “data.” Data provides insights that are informed by both human expertise and machine learning.

So, if you have a lead scoring tool that isn’t capable of extracting correct insights from the data it’s provided, it may swiftly derail the instrument’s effectiveness (and it can derail your sales and marketing teams).

Operators who concentrated on the “ideal perfect condition”

With the “more data, the merrier” adage emerged the mistaken belief that collecting as much data as possible would result in the “ideal perfect condition” of data. You’d have absolutely everything you’d ever need to know, and the data would be flawless.

However, this is not the case. Even today, we have “fuzzy” data that is partial or erroneous due to a lack of proper data management techniques.

The aim is for your organization to be able to execute in a “fuzzy” environment where data is continually improving/expanding but is always inaccurate and incomplete, where customers’ job responsibilities changed, employees departed companies, and the market itself evolved over time.

Lead scoring tools were unable to react to all of these changes at the time. This is especially true given that many operators were also not adjusting; they were so fixated on the “ideal” condition of data that they failed to recognize there was no such thing.

There was insufficient computational power

If you work in technology, you’ve probably certainly heard of Moore’s Law. Gregory Moore noticed in 1965 that the number of transient tightly integrated circuits increased every two years. He predicted that the current pace of growth will last at least another decade.

That is still the case fifty-five years later. It’s difficult to comprehend the magnitude of change: from 5k to 50B transistors. This is closely related to computational power. One dollar bought nearly 100 times less computer power in 2000, the year after Salesforce was launched, than it does now.

The initial generation of lead scoring systems were created in a data-poor environment where computation itself was a cost. As a result, the default design decision was to strive to reduce it in order to keep cost structures under control. And since there was little data and processing power – and certainly no machine learning like we have today – the tools were naturally constrained.

How the current scenario has altered lead scoring possibilities

Today’s technological and data environment is diametrically opposed to what it was 15 years ago.

We live in a data-rich world with more knowledge on data management techniques than ever before. And, for all intents and purposes, computing is now almost free compared to the past; even tiny enterprises may now access computer capacity that was previously unimaginable even five years ago.

It’s a freeing concept that permits and justifies a thorough overhaul of lead scoring and its mechanics, opening up the field to new possibilities. Lead scoring tools have the potential to be dynamic rather than static, as they have been in the past. When you use a lead scoring tool, you obtain a static number that tells you how valuable the lead is.

However, any seasoned operator understands that following up on a good lead today is very different than attempting to follow up in three weeks. You’ve most certainly lost their interest, they’ve lost their drive and enthusiasm, and they may have even begun working with one of your rivals.

As a consequence, adjusting that lead score on a regular basis is critical as time passes. With increased computing power, lead scoring tools no longer rely on manual updates to keep track of these changes; instead, our tools can do so automatically. “My sales cycle is an average of 90 days, and the data tells me that I need to close within the first two weeks for specific events,” you might say today.

You may then program your lead score tool to gradually drop over a few weeks, then more aggressively from week three to week thirteen. This, too, was unthinkable 15 years ago. It’s also important to recognize that it’s not simply the technology that’s changed. Consumer and company behavior has also changed considerably over time. Let’s check into it.

How to Make the Most of Lead Scoring

One of these limitations is that it expects both the present and the future will act similarly to the past.

The above assumption is not necessarily correct; in fact, it is becoming less correct as time passes and the rate of change in a business’s setting accelerates. It is a notion known as temporal reality. This is true now, but it was not true in the past and will not be in the future.

On a seemingly daily basis, there are a million changes in your company. You may wish to modify your target demographic, rebrand, utilize a new ad platform, tweak your message, promote particular goods exclusively for a few months, or even respond to market changes. Machines are unaware of this; they will discover it six to nine months later.

That is why black boxes don’t really function, why machine-first solutions don’t really work in rapidly developing organizations and markets. That is why a machine-assisted, human-driven strategy is required.

Marketing, sales, and customer success share revenue responsibility, restoring a more holistic approach to the conversion funnel. A flywheel engine, at its heart, serves as the glue and grease that connects departments, functions, and tools.

That’s all there is to it. If you’ve ever wondered why lead scoring is such a simple concept with such a frustrating implementation, now you know. It was introduced ten years too soon, without the necessary data, expertise, or technology. This is certainly no longer the case. 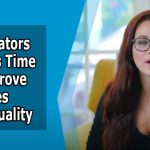 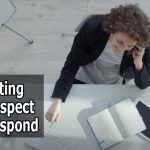 7 Strategies for Getting a Prospect to Respond

No comments to show.